Founded in 2016, Breeze Easy has rapidly established itself as a major force in thoroughbred racing, breeding and sales. It has already campaigned graded stakes winners on both sides of the Atlantic and presented top quality offerings at leading weanling and broodmare sales. In just a few years, Breeze Easy has visited the winner’s circle at both Royal Ascot and the Breeders’ Cup.

Breeze Easy breeds for both racing and sales, and has complied an elite band of around 25 mares, among them SHOPPERS RETURN – the dam of IMPRIMIS – Champions ACADEMIC and PAQUITA COQUETA, Grade 1 winner BELLE GALLANTEY, and graded stakes winners CALL PAT, LADY SABELIA, MISS SUNSET, SELCOURT, and YAHILWA, among others. 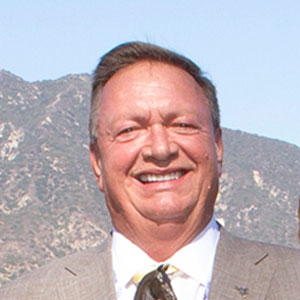 Mike Hall has been involved with horses his entire life. He grew up on a family farm in West Virginia where his love for horses began. Later, Mike became involved in team roping, a passion that led to becoming a co-owner of Classic Rope Company, and subsequently the formation of Equibrand, a group of companies that continue to play a vital role as a supplier to the equine industry. Mike is a successful entrepreneur, owning multiple other business, with a primary focus in the oil and gas industry.

On a visit to Ocala, Florida, Mike fell in love with the area and decided to buy a farm. After forming associations with many people in Ocala’s thoroughbred industry, he started attending the OBS sales, and bought his first thoroughbred there in 2016.

When Mike’s oil and gas business partner, Sam Ross, came to visit in Ocala, where Mike took him to see his horse, Sam jokingly said “well, you’re going to want to use my plane for travel to the races” and Mike laughed and said “you’re right, now we’re partners”. At that time, Breeze Easy was formed. 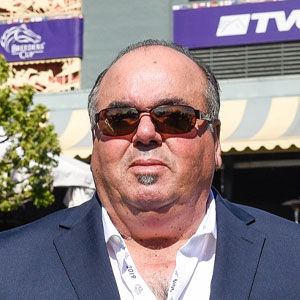 Breeze Easy Racing Manager Mike Mollica has been involved with thoroughbreds for more than 35 years. After attending Cal Poly where he study Animal Sciences and Agribusiness, Mike began work at the track in the barn of Hall of Fame trainer D. Wayne Lukas. Taking out a training licence in 1982, Mike went on to saddle the winners of more than 150 races, among them Valid Wager, a four-time graded stakes winner whose victories included a Hutcheson Stakes (G2) tally over Mr. Greeley, and subsequently a grade one sire.

In the 1990s, Mike worked with another Hall of Famer, Bob Baffert both at the racetrack and scouting at the sales, and trained and bought horses for famed owners, Bob and Beverly Lewis, several graded stakes winners among them. In 2000, he joined an LLC that participated in buying, breeding and racing thoroughbreds, producing multiple grade one winners. In 2016, Mike joined the newly-created Breeze Easy LLC, with responsibility as Racing Manager, and working on public and private sales, purchasing major stakes winners from both sources. 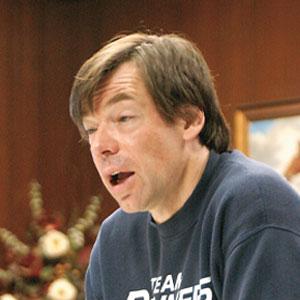 After several years working on a stallion farm in England, Porter turned to journalism, joining Stud & Stable magazine. That publication eventually merged with Pacemaker, a journal on which Alan worked as Deputy Editor. Alan then served an eight-year term as advisor for Mr. & Mrs. Bertram R. Firestone’s Catoctin Farm and Gilltown Studs, before becoming a freelance journalist and pedigree advisor. Over the years he has written columns for publications in the U.S., Europe, Australia and Japan, and also authored or co-authored three books on racing and breeding.

Alan Porter has been involved in planning matings which have resulted in more than 400 stakes winners. They include a World Highweight colt and filly; seven Eclipse Award winners in North America; and other champions and classic winners in at least 12 different countries, among them Canada, France, Ireland, Germany, Japan, Australia, Hong Kong and the United Arab Emirates.

Among the first horses purchased since McGreevy joined the Breeze Easy team – both at the 2020 two-year-old in training sales – are the stakes winning filly Curlin’s Catch, and the promising turf colt, Easy Time.