Founded in 2016, Breeze Easy has rapidly established itself as a major force in thoroughbred racing, breeding and sales. It has already campaigned graded stakes winners on both sides of the Atlantic and presented top quality offerings at leading weanling and broodmare sales. In just a few years, Breeze Easy has visited the winner’s circle at both Royal Ascot and the Breeders’ Cup. 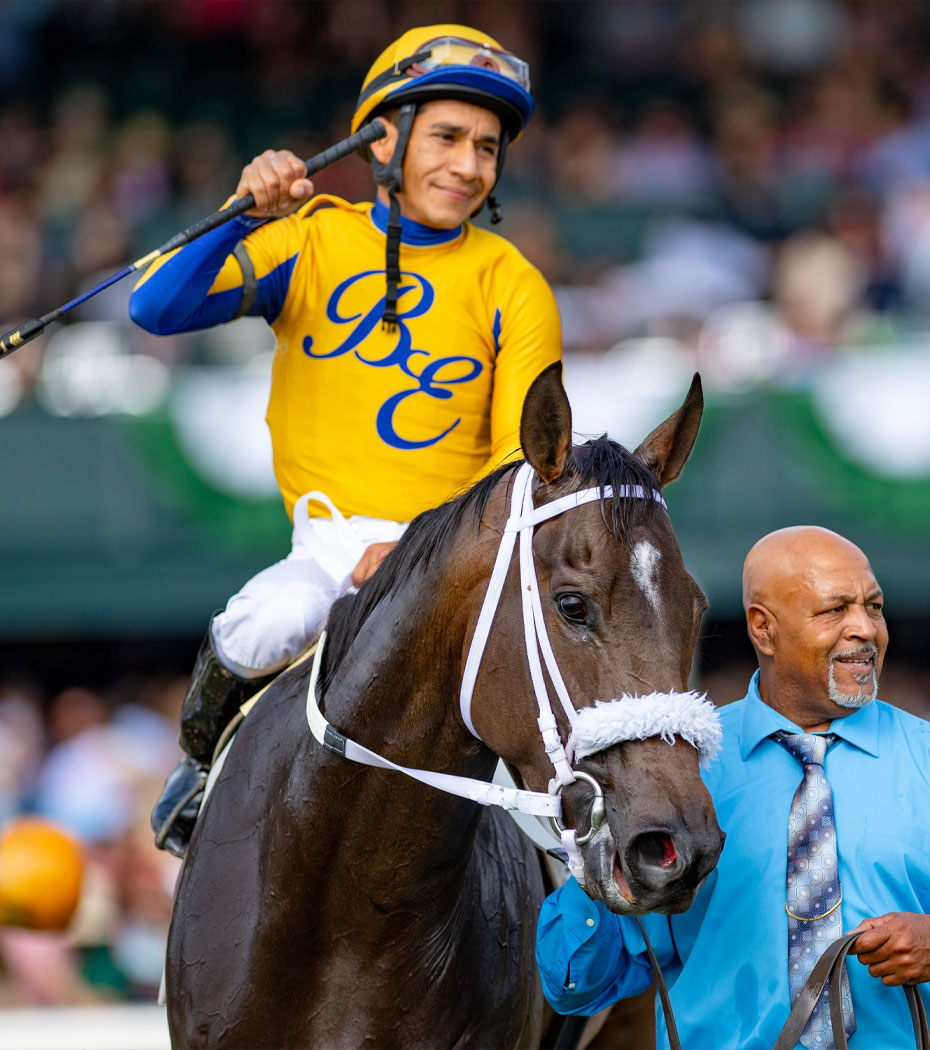 Breeze Easy has already made a significant impact at the track. In just a few short years, Breeze Easy has campaigned graded stakes winners on both sides of the Atlantic, including Royal Ascot heroine SHANG SHANG SHANG, and the Breeders’ Cup champion FOUR WHEEL DRIVE. Learn more about our current top performers and past success in our roster.

HIP 49 at Fasig-Tipton Saratoga, Filly by Medaglia d’Oro out of Light the City

An Uncle Mo colt out of the multiple grade one winning Belle Gallantey to be offered as hip 253 by Baccari Bloodstock LLC, Agent at the Fasig-Tipton July Sale will be the first Breeze Easy offering of the 2022 yearling sales season.

The sire, Uncle Mo needs no introduction. The Champion Two-Year-Old of 2010, he began his stud career with a world-record breaking 25 individual first crop stakes winners, among them Champion Two-Year-Old and Kentucky Derby (G1) winner Nyquist. He is now sire of 77 individual stakes winners, 42 graded, from his Northern Hemisphere crops, among them other grade one winners Bast, Mo Forza, Golden Pal, Dream Tree, Yaupon, Mo Town, Unbridled Mo, Gomo and Outwork.

The dam, Belle Gallantey, was a superior race mare, winning nine races and over $1,000,000. Those victories include the Delaware Handicap (G1), where she defeated the brilliant Princess of Sylmar to score by 2 3/4 lengths, and the Beldame Stakes (G1), where she dominated from start to finish, winning by 8 1/4 lengths over the Breeders’ Cup Distaff (G1) heroine Stopchargingmaria.

Belle Gallantey is out of a half-sister to the dam of stakes winner and her granddam – by Deputy Minister out of Champion Meadow Star – is a sister to the granddam of two-time World Champion Arrogate.

This colt is bred on the fabulous Uncle Mo/Storm Cat cross which has produced no less than 17 Uncle Mo stakes winner, including the previously mentioned Nyquist. Belle Gallantey is out of a mare by After Market, also broodmare sire of Uncle Mo’s Selima Stakes winner Monkeys Uncle. After Market is bred on an identical cross to Giant’s Causeway and his brother Freud, and this branch of Storm Cat has done particularly well under Uncle Mo, producing seven stakes winners, including graded scorers Harvest Moon, Adare Manor, Family Way and Mo Mosa.